Crossing the Atlantic in an inflatable boat 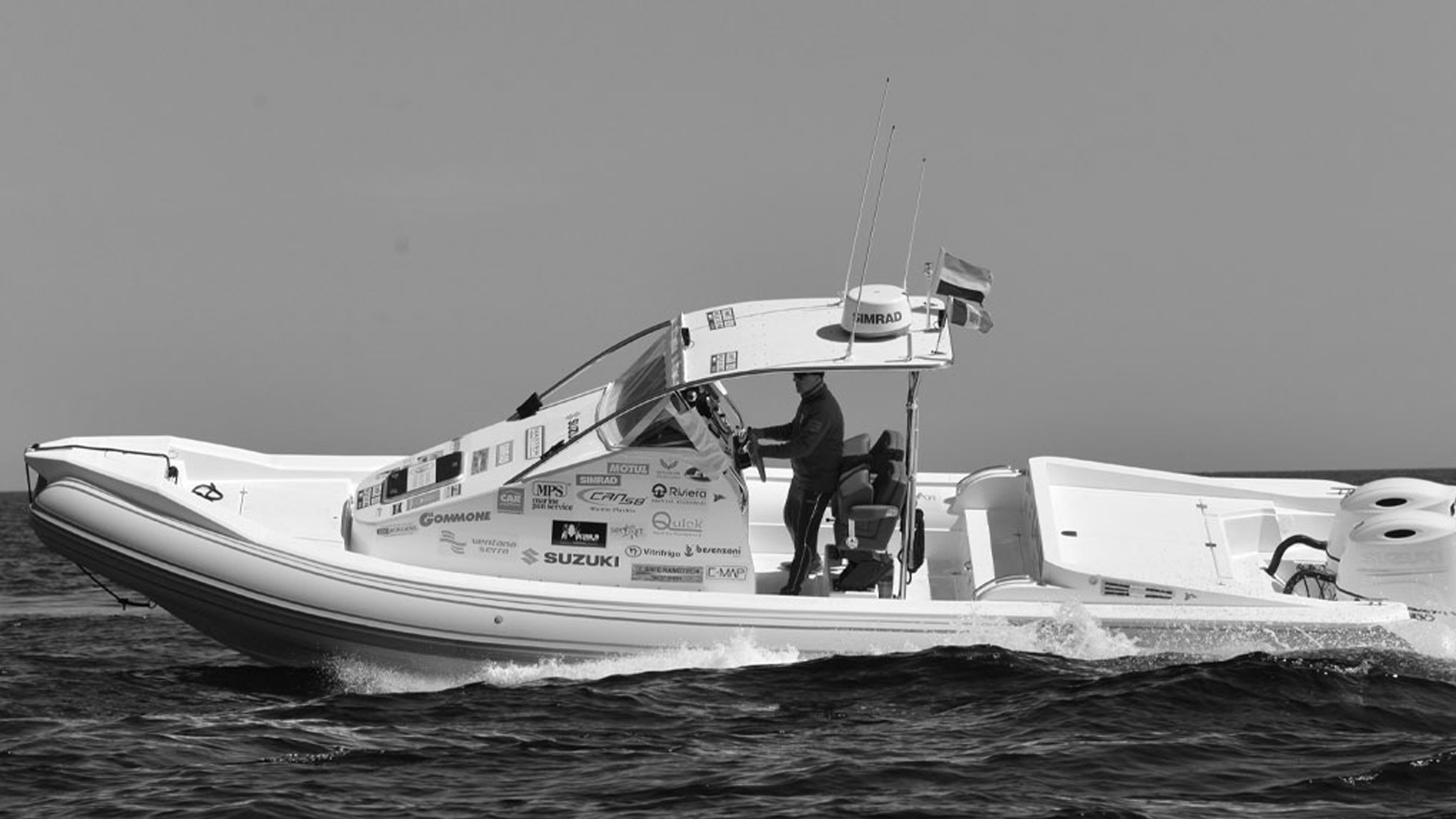 Some months ago an Italian client of ours submitted the registration of an ICP and ship station license for an inflatable dingy called Nemo, measuring 9,96m x 3,36m and powered by a pair of Suzuki engines of 200 HP each.

Nothing very special or uncommon you would think. The powerful engines might be a little over the top for such an inflatable, but hé who are we to judge.

Little did we know that Nemo was to set off for a real adventure, being the crossing of the Atlantic. The nautical adventurer that is responsible for this undertaking is Sergio Davì, a professional Italian skipper and a thrill seeker with apparently no limits.

This is not Sergio’s first nautical adventure. In 2010 he left the harbour of Palermo, Sicily, on a raft with Amsterdam as the end destination. Forty-one days later and having counted 4000 miles on the clock, the end destination was reached safely. A bit more chilling was the Palermo-Circular Polar Arctic expedition in an open inflatable of 8 meters.

With Nemo the end destination is Recife, Brazil, which they hope to reach by the end of June 2017. Before the great ‘puddle’ is crossed the boat, engines, equipment and what more, requires extensive testing, as the total journey is 4400 nautical miles long, takes approximately 25 days and consumes about 10000 litres of fuel. All in all this does put some strain on material and skipper.

The real adventure starts in Prais were they will cross the Atlantic with the expectation of reaching Recife, with a short stop-over at Fernando de Noronha an archipelago of 21 islands and islets in the Atlantic Ocean, just 220 miles offshore from the Brazilian coast.

Curious to see how they progress?